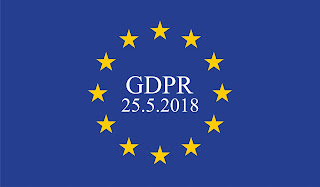 In an almost inevitable turn of events, the social media and tech giants Facebook, Google, Instagram and WhatsApp faced a barrage of accusations that they were not compliant within hours of GDPR being introduced on May 25th.

The complaints, spearheaded by Privacy group noyb.eu led by Max Schrems centred around the idea that the tech and social media giants may be breaking the new data protection and privacy guidelines by forcing users to consent to targeted advertising in order to use their services i.e. by bundling a service with the requirement to consent (Article 7(4) GDPR).

It has been reported that the crux of the privacy group’s argument is that, according to GDPR, any data processing that is strictly necessary to use a service is allowed and doesn’t require opting in. If a company then decides to adopt a “take it or leave it approach” by forcing customers to agree to have additional, more wide-reaching data collected, shared and used for targeted advertising, or delete their accounts, the argument is that this goes against GDPR which requires opt-in consent for anything other than any data processing that is strictly necessary for the service.

It is alleged in this case that the four tech giants may be doing just that, and, therefore, could be in breach of the Regulation, and possibly liable to fines if the accusations are upheld after investigation by data protection authorities in Austria, Belgium, France and Germany.

Many commentators had predicted that popular tech and social media giants would be among the first organisations to be targeted by complaints upon the introduction of GDPR, and some see these complaints as being the first crucial test of the new law.

GDPR should prohibit companies from forcing customers to accept the bundling of a service with the requirement to consent to giving / sharing more data than is necessary, but it remains to be seen and proven whether these companies are guilty.

As noyb.eu pointed out in their statement, GDPR does not mean that companies can no longer use customer data because GDPR explicitly allows any data processing that is strictly necessary for a service. The complaint, in this case, is that using the data additionally for advertisements or to sell it on, needs the users’ free opt-in consent.

Noybe.eu has also pointed out that, if successfully upheld, their complaints could also mean an end to the kind of annoying and obtrusive pop-ups which are used to claim a person’s consent, but don’t actually lead to valid consent.

Another benefit (if the complaints are upheld) against the tech giants could be that corporations can’t force users to consent, meaning that monopolies should have no advantage over small businesses in this area.

Noybe.eu seem set to keep the pressure on the tech giants, and has stated that its next round of complaints will centre around the alleged illegal use of user data for advertising purposes or "fictitious consent’ e.g. such as when companies recognise "consent" to other types of data processing by solely using their web page.
Posted by Unknown at 9:13 am