Is Looking At Screens Causing More Short-Sightedness In Young People? 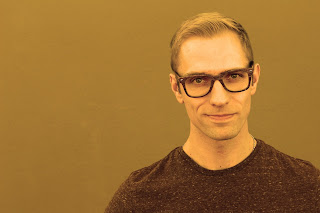 With increasing levels of short-sightedness among young people, some
experts have concluded that a young life spent looking at small screens rather than in the great outdoors could be one explanation.

Studies in East Asia, have shown that a staggering 90% of 18-year-olds, a group that would normally be associated with relatively good eyesight, are suffering from short-sightedness, also known as Myopia.

Spending too much time in places / situations where there is a lack of natural daylight / direct sunlight is believed by eye experts to be a contributing factor to the development of conditions such as myopia / short-sightedness. This is one of the reasons why experts are focusing (no pun intended) on children’s use of computers, smartphones or tablet computers e.g. to study at home, may go some way to explain the rise in Myopia in young people in recent years.

This has also led some experts to compare the surprisingly high levels of Myopia in East Asian countries with the existence of intensive educational approaches involving technology e.g. very intensive education, spent indoors, out of direct sunlight, studying information close up on computerised devices.

Time Outdoors Is The Key

2008 Research from Sydney Australia, the Sydney Myopia Study (SMS), a population-based study of school-aged children in Sydney, Australia showed that Time spent outdoors was strongly and inversely related to myopia levels. The Sydney-based research showed that only 3% of Chinese-heritage children living in Sydney (who spent two hours a day outdoors) were short-sighted by the age of six. This compared to nearly 30% of six-year-olds in Singapore, and helped to add fuel to the growing body of research and supporters of the idea that the risk of myopia development can be seriously reduced by simply spending more time outdoors e.g. spending two hours per day outdoors, perhaps pursuing sport and leisure activities.

Some common symptoms of Myopia to look out for in children include needing to sit near the front of the class to read the board, sitting too close to the television, regular rubbing of the eyes, and suffering from headaches or tired eyes.

Other Ways To Help

Experts suggest that other broad ways to help reduce the chances of children developing Myopia include having a healthy diet, particularly one that includes omega-3 essential fatty acids, and vitamins A, C and E and nutrients, which contribute to the good health of the back of the eye. Also, over-the-counter supplements e.g. those claiming to help brain function and health are good for the eyes too.

For businesses where staff use devices for work for many hours of the day, providing information about the risks of looking too long and too intensely at screens could be helpful, as could arranging for some breaks / activities to be spent outdoors in the natural light e.g. perhaps in a team situation / environment and / or with incentives to improve participation.

As parents will know, once a child / young person is used to using their iPad, tablet, it is likely to be very difficult (and potentially damaging to their current social life) to remove it / ban it / reduce its use. Again, informing them of the dangers on a regular basis is important, and / or encouraging and arranging regular outdoor activities e.g. sports clubs or family pursuits / outings may be a good option.

The requirement that young people are proficient at using computerised devices to connect with their peer group and compete effectively with others at school, college, university and work means that the amount of time spent on computerised devices indoors, and consequently the high levels of Myopia development are unlikely to decline soon.
Posted by Unknown at 3:44 pm