10% of Cryptocurrency ICOs Are Stolen 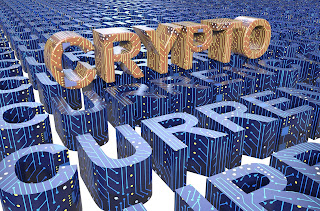 A report by Ernst & Young has highlighted the fact that 10% of all
funds raised through Initial Coin Offerings (ICOs) are stolen by hackers using techniques such as Phishing.

What Is An ICO?

An Initial Coin Offering (ICO) is a controversial way of start-up companies raising money / crowd funding to build new technology platforms or to fund businesses that use crypto currencies (also called tokens), and the underlying blockchain technology. The tokens only become functional units of currency if / when the ICO’s funding goal is met, and the project finally launches.

The controversy about ICOs centres around the fact that, although it is an innovative new source of venture funding, some commentators view ICO projects as unregulated securities that allow their founders to raise an unjustified amounts of capital, and that valuations of ICO tokens may be driven too much by the fear of missing out and, therefore, seem to result in investors rushing to put money into projects that ignore some important market fundamentals, such as project development.

After analysing more than 372 ICOs, Ernst & Young has reported that approximately $400 million of the total $3.7 billion funds raised to date has been stolen by hackers. The most widely used technique to steal the digital cryptocurrency funds was found to be Phishing, resulting in the theft of $1.5 million in ICO proceeds per month.

ICOs are an opportunity for scammers because they are able to take advantage of the promise of people making a huge return from a relatively low investment.

As well as scammers taking money, the study also found that underlying software code in some projects contains hidden investment terms that have not been disclosed, or that contradict previous disclosures e.g. saying there will be no further issuance of a cryptocurrency, while the code may leave that option open.

Challenges To Reaching Targets For ICOs

The Ernst & Young research shows that the volume of ICOs has been slowing since late 2017, with less than 25% reaching their target in November 2017, compared with 90% in June. Recent ICOs have faced challenges in reaching their targets, a drop in quality i.e. more low quality projects with higher fundraising goals are being presented, and issues from earlier projects are now being highlighted.

Crypto-based investment of choice is therefore waning, organizers and contributors are now facing increased regulatory scrutiny, and they are therefore now under more pressure to prove the longer-term potential of their product or service to an increasingly sceptical audience.

This latest Ernst & Young research has only served to cement that message to businesses and investors, and some commentators now think that ICOs could soon disappear altogether as a viable fundraising option, unless they can address the issue of security urgently and effectively.
Posted by Unknown at 8:35 pm