Turn Off Your Ad Blockers ... Or Pay Google 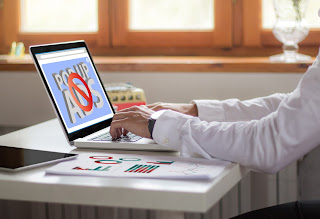 Google’s new “Finding Choices” initiative will directly ask web users who encounter sites where content is funded by adverts to turn off their ad blocker or pay a subscription to view the content without adverts.

Ad-blockers are programs that work through browsers / as browser extensions (or on the network for some mobile operators). The industry narrative says that ad-blockers are used because they filter out the kinds of adverts that are intrusive (videos playing automatically, adverts between the content, multiple sponsored links etc) , slow the page load time down, and even extract personal data, and that the ad-blockers can, therefore, deliver a better experience to the user.

Ad-Blockers are now thought to be used by 22% of UK adults (IAB figures), and globally the number of ad-blocker users is thought to be as much as 100 million.

A report by AdBlock Plus and Global Web Index in the US has, however, shown that consumers use ad-blockers not just to filter out certain adverts / adverts of a certain quality, but because they don’t want to see any adverts at all on any of their devices.

The big problem with ad-blockers is that many content creators, content publishers, (and to an extent platforms) rely upon advertising revenue for their funding i.e. without the revenue generated by the advertising on their web pages, it would not be commercially viable for them to produce and show the content on their website.

The Filtering out of adverts is also bad news for Google which makes a large part of its revenue through advertising e.g. AdWords. This year for example, Google is expected to account for 78% of U.S. search ad revenue and 12.5% of display revenue.

Google is, therefore, tackling ad-blockers in 2 new ways. One way is “Finding Choices”, and one is creating its own version of an ad-blocker (with its own rules for what adverts get through) for Google Chrome.

The Google “Funding Choices” idea (now in beta testing) is reminiscent of some online news sites where visitors can see a bit of the content and must sign-up or pay to see the full content. With Funding Choices a visitor to a web page who is using an ad-blocker is shown a message by the publisher that asks the visitor to either enable ads on their site (whitelist them), or pay a subscription to allow the visitor to view the website with all the adverts removed.

Google’s Own ‘Ad-Blocker’ For Chrome

Google’s other idea to protect its revenue streams by tackling the ad-blocker problem is to create its own ad-blocker which will be added to the Chrome Browser. This will reportedly block ads that don't meet with Google’s own quality standards. Google is part of the Coalition for Better Ads (along with News Corp, Facebook and Unilever), and this coalition essentially decides what kinds of adverts will be blocked by Chrome.

Google is helping publishers get ready for the change to Chrome by giving them an Ad Experience Report tool. This gives them videos and screenshots of unacceptable ad experiences, thereby making it easier for them to find and fix issues in advance of the Chrome ad-blocker’s introduction next year.

Businesses need advertising, and TV channel, radio stations, and websites also fund themselves, and therefore their ability to advertise businesses, by serving adverts to consumers. There is clearly a need for advertising, but as Internet users, we are often frustrated by the kind of advertising that wastes time and disrupts. It is clearly in Google’s interests to make sure that some advertising gets through, and making its own ad-blocker that encourages advertisers to improve the advertising standards and the user experience does, therefore, seem like a move that would be approved of by many consumers.

If you enjoy and value the content from a certain website, then the “Funding Choices” model is likely to be acceptable, but many of us have been too used for too long to getting content for free. In reality, many content creators have already turned to systems like Patreon where they can get funding directly from their viewers without worrying about ad-blockers.

Although these are two interesting initiatives, the battle against ad-blockers is not over yet and it remains to be seen how the ad industry tackles the issue next.
Posted by Unknown at 2:44 pm