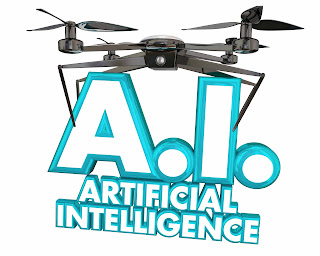 Researchers from ETH Zurich, Switzerland and the University of Bologna have built the smallest completely autonomous quadrotor nano-drone that uses AI to fly itself, and doesn’t need human guidance.

The technology at the heart of the Crazyflie 2.0 Nano Quadcopter is the DroNet neural network. This is able to processes incoming images from a camera at 20 frames per second. From this, the nano-drone is able to work out how to steer, and calculate the probability of a collision, thereby giving it the ability to know when to stop.

The fact that the drone needs no external sensing and computing because all computation is fully on-board thanks to the PULP (Parallel Ultra Low Power) platform, means that it is truly autonomous, and is, therefore, a real first in terms of how a small drone can be controlled.

The new autonomous version is an improvement on the first test version, which involved putting the DroNet neural network system in a larger commercial-off-the-shelf, Parrot Bebop 2.0 drone, and using radio contact with a laptop to control it.

Since AI requires training so that it can learn to become better at a task, the drone’s neural network was trained using thousands of images taken from bicycles and cars driving along different roads.

One major drawback at the current time is that, because it was trained using images from a single plane, the drone can only move horizontally and cannot yet fly up or down.

Technologies involved in making drones have evolved to such a degree that even a robot ‘fly’ has now been built.

As the successor to RoboBee, the so-called RoboFly it is so small (the size of a fly) that it can’t support the weight of a battery to power it. The power for flight is currently delivered by a laser being trained on an attached photovoltaic cell.

The tiny device has wings that are flapped by sending a series of pulses of power in rapid succession and then slowing the pulsing down as it gets near the top of the wave (with the whole process in reverse for the downward flap).

The RoboFly, developed by a team of researchers based in Australia, can only just take off and travel a very short distance at present. Future plans for RoboFly reportedly include improving the onboard telemetry so it can control itself, and making a steered laser that can follow the bug’s movements and continuously beam power in its direction.

Up until now, the main uses for drones have been specialist applications such as within the military, in construction (viewing and mapping sites), film and TV, leisure use, and even for delivery of parcels (Amazon tests). All of these involve the use of larger drones that are remotely controlled.

The ideas that a drone can be made in a miniature size, and / or can control itself using AI could open up many more new areas of opportunity for businesses and other organisations. Such drones could be used in confined spaces or in very specialised situations.

The idea of an AI drone has, however, led to some alarm being expressed by some commentators. Even though AI autonomy could help drones to e.g. to monitor environments, be used in spying, and develop swarm intelligence for military use, some have expressed worries that they could become better at delivering lethal payloads, and could pose other unforeseen security risks.
Posted by Unknown at 10:20 am