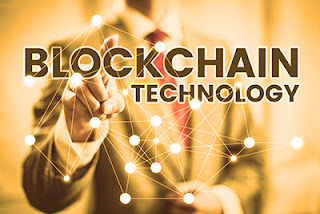 Blockchain, the same technology that powers the Bitcoin cryptocurrency,
is being tested in a pilot project between car-maker BMW and start-up Circulor with a view to eliminating battery minerals produced using child labour.

Blockchain is an incorruptible peer-to-peer network (a kind of ledger) that allows multiple parties to transfer value in a secure and transparent way. Blockchain’s Co-Founder Nic Carey describes Blockchain as being like “a big spreadsheet in the cloud that anyone can use, but no one can erase or modify”.

The pilot between BMW and Circulor is focusing on reducing child labour by finding a way to avoid using any cobalt that is mined in unregulated artisanal mines in Democratic Republic of Congo. At the moment one fifth of cobalt is mined in a way that often uses child labour.

How Can Blockchain Help?

The pilot project is using Blockchain to help provide a way to prove that artisanal miners are not using child labour in their cobalt mining activities.

Each bag of cobalt produced by an artisanal miner will be given a digital tag. This tag will be entered into Blockchain using a mobile phone. The details of the digital tag will then be entered by each link in the chain of buyers, thereby providing a clear, verifiable trail, all the way from miner to smelter. Since Blockchain is ‘incorruptible’, provided all organizations throughout the supply chain will be involved in the project, the Blockchain evidence should be accurate.

Challenges to the system being tested in the pilot could include cobalt mined by a child could simply being mixed in with ‘clean’ cobalt prior to processing.

There is every reason to think that Blockchain could help with ethical cobalt mining and supply because it has been used in a similar way by the diamond industry to provide a forgery-proof record of a diamond’s lifecycle.

The Blockchain technology has always shown huge promise, beyond simply being used in digital currencies. One of its key strengths is that trust is embedded into the incorruptible system. This means that businesses can use it to categorically prove a certain source and route for e.g. delivery, raw materials or production. This could be particularly valuable to businesses where provenance of some kind is necessary to add to the monetary, ethical or other value of a product or service.

Blockchain still has huge untapped potential for all kinds of businesses and could represent a major opportunity to improve services, and effectively tackle visibility, transparency and efficiency issues.
Posted by Unknown at 8:04 am