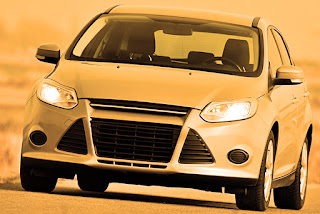 The Ford Motor Co has announced its plans to more than double its
previously announced target of $4.5 billion investment in electric cars to $11 billion by 2022, and the company is aiming to have 40 mainstream, hybrid and fully electric vehicles in its model line-up.

Ford’s Chief Executive Jim Hackett is reported as saying that the capital investment for the major move to electric / hybrid car manufacture will be created by slashing a massive $14 billion in costs over the next five years.

The shift towards investment in electrification is being driven by pressure from regulators in China, Europe and California to cut carbon emissions from fossil fuels, and plans by China, India, France and the United Kingdom to phase out vehicles powered by combustion engines and fossil fuels between 2030 and 2040.

Ford’s move is also being driven by pressure from the success of Tesla in creating electric sedans and SUVs that resulted in a large number of orders, causing it to surpass Ford in terms of market capitalization, thereby positioning Tesla as the second-largest auto company in the U.S. after General Motors. Tesla also proved to other car manufacturers that large-scale demand exists in the market.

A large amount of the pressure driving Ford’s move, of course, also comes from the move by its bigger competitors into electrification. For example :

Ford hopes that its ‘think big’ on electric cars strategy which arrived with its new chairman Jim Hackett (previously in charge self-driving car subsidiary Ford Smart Mobility) will enable it to accelerate global development of electric vehicles, make quicker decisions, and gain ground on the competition.

Whereas motor show presentations currently indicate many other manufacturers appear to be currently focusing on electric trucks and SUVs, Ford has been clear that it plans to electrify all of its iconic and popular vehicles, 40 electric vehicles by 2022, with 16 fully electric vehicles and the rest plug-in hybrids.

The move to electrification by car manufacturers has been coming for some time, pushed by international pollution / emission targets, and pulled by consumer demand and the promise of new opportunities. For businesses, costs as well as performance and reliability are important, and as long as electric vehicles deliver on all three, then the move to electrification is good news.

Although the move to electrification will have implications for vehicle-related businesses e.g. fuel suppliers, garages and parts suppliers, it will also create new markets and new opportunities. For example, Ford’s own ‘Team Edison’ is looking for strategic partnerships with other companies, including suppliers, in some markets.

Electrification of vehicles on a large scale will also bring exciting and potentially cost-saving driverless vehicle opportunities for many businesses.

There are, of course, the obvious environmental benefits that we can all enjoy in the future with cleaner air.
Posted by Unknown at 3:02 pm