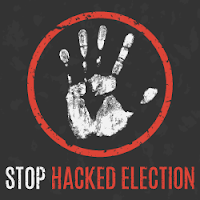 Facebook has released figures ahead of a Senate hearing showing that Russia-based operatives have uploaded 80,000 posts to Facebook in the last 2 years.

Big Influence?
Ahead of Facebook, Twitter and Google’s Senate hearing on Monday, Facebook’s revelation about posts published between June 2015 and August 2017, means that 29 million Americans are believed to have seen them directly, but it is possible that 26 million American users have seen, and perhaps been influenced by liked and shared messages and comments that could have originated in Russia.

Kremlin-Linked Company
The implication is that, because the messages / posts are believed to have been posted by a created by a Kremlin-linked company, they may be state-sponsored. One of the key concerns is that many of the posts may have been sent around the time of the US election, and may, therefore, have had an unknown degree of influence on the opinions and choices of some American voters, and, therefore, on the outcome of the election itself.

This is particularly pertinent, given the accusations that have been circulating for some time now that President Trump’s campaign may have received help from Russia.

Two More Stories
The news from Facebook is even more timely and relevant because on Monday, the world’s media was buzzing with two more Trump-linked stories. The first was that President Trump's former campaign manager, Paul Manafort, and aide Rick Gates are facing money-laundering charges (unrelated to the 2016 election campaign). The second was that one of Mr Trump’s advisers (in a volunteer capacity, George Papadopoulos) has pleaded guilty to lying to the FBI over his contacts with Russia.

Not Violations, But Deleted
It has been reported that although many of the posts said to have originated in Russia did not actually breach Facebook’s guidelines, the company still went against its mission of building community by deleting 170 Instagram accounts, which posted about 120,000 pieces of content.

Also, Google’s YouTube
Google has also reported the posting of more than 1,000 political videos on YouTube on 18 different channels by Russian trolls, although it is not believed that they were targeting American viewers specifically.

Twitter Too
News has come from Twitter about the company suspending 2,752 accounts that it had tracked to the Russia-based Internet Research Agency.

What Does This Mean For Your Business?
The bigger picture is that election results (i.e. which party / candidate wins) haves a big effect on the business environment as well as on society. It is not a surprise that one country could seek to influence events in another, but it is a surprise to some that tech companies and social media companies are still able to offer a voice and a channel to all.

The challenge that tech companies such as Facebook and Google (with YouTube) face is that they need to protect the idea that they reject censorship (and interference from governments), while still being seen to be acting responsibly and proactively, while protecting their brands and monetising elements of their business at the same time. It is clearly frustrating to some governments and politicians, both in the US and the UK, that they don’t have more of an influence over social media and tech companies e.g. with the end-to-end encryption debate in the UK, and that they often only come up against lawyers for these companies rather being able to be seen to be publicly grilling the owners of these tech giants themselves.

As for the story about possible Russian influence over the US election result, it still has a good way to run and it is likely that we have only witnessed the start of many twists, turns and revelations.
Posted by Unknown at 2:28 pm