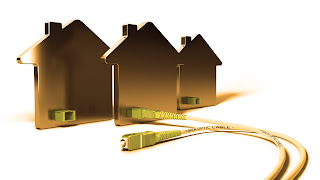 Ofcom has announced that broadband and landline customers will
be automatically able to get money back from their providers when things go wrong, without having to make a claim for it.

After a review and intervention in the broadband market by Ofcom, BT, Sky, TalkTalk, Virgin Media and Zen Internet, who collectively serve around 90% of landline and broadband customers in the UK, have agreed to introduce automatic compensation, which should reflect the harm consumers suffer when things go wrong. Plusnet and EE have also indicated that they may also join the scheme.

Compensation is currently only paid in approximately one in seven cases (15%) where landline or broadband customers have suffered slow repairs, delayed installations or missed engineer appointments. The actual amount of compensation paid in these cases is also widely recognised to be small.

With the new automatic compensation, the amounts paid are predicted to be around nine times higher with customers set to receive an estimated £142 million in payouts.

The new automatic compensation scheme will apply to fixed broadband and landline telephone services. Customers will be able to receive the compensation if:

According to Ofcom, the complexity of launching the first ever automatic compensation scheme for telecoms customers, and the changes to providers’ billing systems, online accounts and call centres that will be required to implement the system will mean that it won’t come into effect for 15 months.

Ofcom’s own research shows that nine in ten adults report going online every day and three-quarters of internet users say it is important to their daily lives. For businesses, a fast and reliable broadband connection is vital to operate and compete effectively in today’s marketplace. Problems with broadband services can be very costly and frustrating for businesses, and many businesses feel that they shouldn’t have to fight for compensation on top of the problems caused by poor broadband services, and that current levels of compensation are too low, and don’t come close to reflecting the harm caused. Automatic compensation at higher levels is, therefore, good news, although there are still 15 months to wait before the scheme starts.

The new automatic compensation scheme is particularly good news for small businesses because one-third of small and medium-sized enterprises (SMEs) choose residential landline and broadband services, and around half (49%) of SMEs don’t know if they’re entitled to compensation when service falls short (Ofcom figures).

It is also reassuring to know that the main providers are on board with the scheme, and that Ofcom plans to monitor its implementation, review it after one year, and step in if it's not working well enough for customers.
Posted by Unknown at 8:26 am