But none of this resolves the biggest single issue we are seeing.  Customer both Business and Consumer with computers that should have bee retired many months or even years ago.  Problem is they end up failing, and the the client wants their data back, without it costing anything?

If you run a business, well you should be backing up in any case. But with our clients we recommend a system that should last for about 5 years, write it down over 3 years, and if you have to replace it then, well no problems, it's been written down. If it lasts for 5 years well happy days.

Posted by Unknown at 8:55 pm No comments:

So Microsoft have announced the end of SBS. [CRN]
A little part of me is going into mourning, but mostly SBS has had it's day.
I first came into contact with this in the NT4 version.  It was pretty much awful.
Then the version based on 2000 came along, great system still some improvement needed.
Then (and pretty much as usual) the 3rd version (and I still belief the best) arrived, based on server 2003, exchange 2003.  This worked really well from a few users and up to 50 (our biggest install)
Then the 2008, and 2011 version came along, and because of the changes in exchange the ease of management had gone, no more could you do pretty much everything from the SBS management console.

So now essentials will be the only product bringing down the amount of users to 25.  To be honest, it just makes sense to move to the cloud, Office 365 offers a great platform, and for small businesses we've been putting this in without a server in the office.

It seems this has upset a number of Microsoft Partners who have ignored the warning signs.  I suspect with most of them their customers aren't interested in the cloud or Office 365 purely because they don't know about it, they have been guilty of selling a product they are used to, and comfortable with and not understanding the customers needs, and providing them with a solution that is based around this!  But rather selling something they are used to.  Perhaps this move will allow new suppliers to move into new customers.

Cloud computing in it's many guises is really the future for all but a few small businesses, we are already supplying more than Office 365, everything from on line backup, right through to hosted server/desktop environment and have a dedicated cloud computing website coming real soon.
Posted by Unknown at 8:24 am No comments: 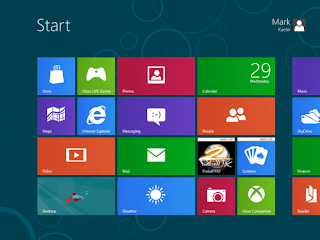